Meet our newest Board Member!

Bo Wänghammar brings a world of experience to CFORTH. During his long and outstanding professional career, Bo has always been a high performance and versatile executive. He has worked in multiple fast growing and international companies, having held titles as different as Controller, Chief Financial Officer, Business Development Director, Co-founder, Chief Operating Officer, Head of B2C, Director of International Projects, and Chief Executive Officer. During his career, Bo has been the Chief Executive Officer/MD of no less than four high profile companies.

Managing Director of Casino at PokerStars (2017-19)

Bo intended to retire after his CEO job at Mr Green but working for the Stars Group was an irresistible challenge. During his 2.5 years as Managing Director of PokerStars Casino division, the team managed to double revenues to a run rate of $500M USD, and thereby making PokerStars Casino the biggest single online casino brand in the World. Starting from a minimal group of people, Bo built a very talented team at PokerStars. Bo used the customer experience as the guiding light, making huge improvements to the product. PokerStars Casino customers rewarded Bo and his talented team by increasing satisfaction scores and steadily growing ARPU. By 2019 PokerStars Casino product surpassed its big competitors in terms of size and customer loyalty.

Mr Green is one of Europe’s most recognized online gaming operators, building on two key components: Brand and Product. Bo’s achievements were to completely refactor the technical infrastructure, launching a portfolio of award-winning products (IGA Casino Operator of the Year 2016, App Innovator of the Year 2016), raising the mobile share of revenues from 12% to 42% in 36 months, initiating and driving the sports betting product launch, restructuring the organization with focus on compliance, security, and operational efficiency.

Bo was the CEO and Founder of Bawik, a management consulting company where Bo used his extensive background in entrepreneurial companies within the telecoms, media and e-commerce areas. The assigment during Q2-Q4 2013 was to assist the ICA Group in the attempt to divest their book publishing business. Bo completed this task successfully in November of 2014.

Starting out as an interim consultant CEO, with the mission to manage a crisis situation where the whole management team had left, Bo soon became the permanent CEO of Lensway. Lensway (fully owned by Vancouver based Coastal Contacts) had revolutionized the glasses and contacts markets, providing high value and affordable customer value.

At bwin, one of the world’s giants of the online gambling industry, and as the Head of B2C at bwin, Bo fully restructured the B2C organization, eliminating a middle management layer to enable core talent to make a difference in product development. Bo took over the 100+ FTE project Next Generation Poker and launched in Italy, and then for the whole product platform.

Between 2007-09, Bo was overall responsible for the management of the multiple project portfolio. Most of bwin’s staff of ~400FTE were involved in projects or product maintenance. During these years, he created the Business Intelligence department, by grouping the most talented data analysts and product experts into a team that had profound impact on product design. One major achievement was (based on advanced data modelling), a comprehensive restructuring of the player rake distribution in the poker network.

Bo was the CFO/COO of Sweden’s largest free daily newspaper (Metro) where he managed the Finance function as well as Legal, HR, Premises and Production. During these years, he was instrumental in revamping Metro from being a tri city newspaper into becoming a truly nationwide daily, and thereby attracting a whole new category of advertisers. At this time, Metro was a +100M sales company and one of the most well-known brands in Sweden.

Bo Co-founded an MVNE (Mobile Virtual Network Enabler), Spinbox, making it possible for strong brands to become virtual network operators (MVNO). He managed to grow Spinbox to a turnover of +14mUSD and the company was awarded Mobile Company of the Year in Sweden in 2002.

Bo was a key member in driving LetsBuyIt.com’s early success. LetsBuyIt.com was the world’s first group buying company, reaching € 30M in sales in the year 2000 and shipping over 1 million packages across Europe.

Bo was the co-founder of Sweden’s first real public ISP, Algonet. At Algonet, Bo and his partner grew into a significant player in the market and then sold the company to Telenordia, which was one of Northern Europe’s largest telecom companies. At Telenordia, between 1996 and 1999, Bo then ran the Marketing Communications department of Telenordia (owned by BT, Telenor and TeleDanmark), including B2B marketing, B2C marketing, PR, Web and internal communications.

Graduating with an MBA from Scandinavia’s most reputable and prestigious Business School, Handelshögskolan, Bo started his career in finance, where he eventually became the Controller and then the CFO of SemicPress. At Semic Press, he managed the financial control and reporting of 27 subsidiaries in 10 countries. During these years, Bo also took part in launching SEMIC in Russia, Poland, Hungary, Czechia and Slovakia soon after the Iron Curtain was eliminated.

2021-08-23CFORTH Beta Launch!2021-08-23CFORTH today has launched its website! CFORTH is a revolutionary online marketplace that will allow customers to access great services…

Read more
We use cookies on our website to give you the most relevant experience by remembering your preferences and repeat visits. By clicking “Accept All”, you consent to the use of ALL the cookies. However, you may visit "Cookie Settings" to provide a controlled consent.
Cookie SettingsAccept All
Manage consent 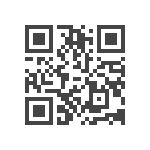